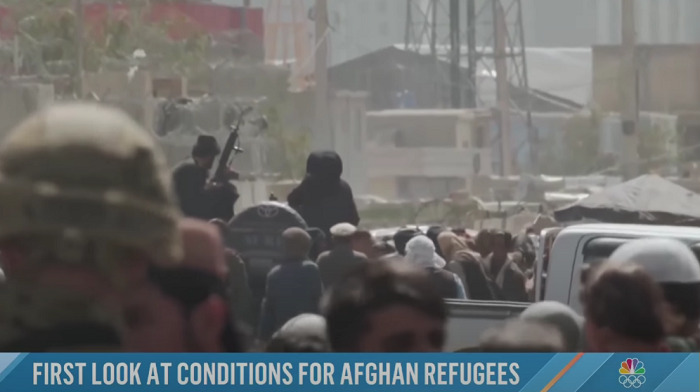 While the White House is desperately projecting an air of success in their withdrawal efforts, reports have surfaced that over 30 students and parents from a California school district have been stranded in Afghanistan following a summer trip abroad.

The Los Angeles Times Tuesday evening reported that “at least 24 students from the Cajon Valley Union School District in El Cajon and 16 parents are stranded in Afghanistan.”

The families, according to the newspaper, traveled to Afghanistan on special visas for U.S. military service and had been visiting on summer vacation.

The district superintendent has been in touch with Rep. Darrell Issa (R-CA) and indicated government officials “are working to locate the children and their families.”

“At least 24 students from the Cajon Valley Union School District in El Cajon and 16 parents are stranded in Afghanistan after taking a summer trip abroad.” https://t.co/70nRM7Z2fF

RELATED: Taliban Threatens Biden With August 31 Red Line For Troop Withdrawal: ‘There Would Be Consequences’

Psaki Takes Issue With Saying People Are Stranded in Afghanistan

News of the stranded students and their parents comes just days after White House press secretary Jen Psaki took issue with the characterization of Americans being abandoned, snapping at a reporter.

“I think it’s irresponsible to say Americans are stranded. They are not,” Psaki said. “We are committed to bringing Americans who want to come home, home.”

Americans are stranded there as we speak because Biden failed to get them out.pic.twitter.com/ecEPvjrMdS

In a press briefing Tuesday, Psaki continued to deflect on the notion that Americans are stranded in Afghanistan.

“You say no Americans are stranded,” one reporter asked providing an example of one such person, an American in Kabul who claims to have been stranded for days.

“I would welcome you providing their phone number, and we will reach out to them today,” replied Psaki.

She would eventually concede “we expect there could be some” Americans who are left behind “but I’m not going to get into it further.”

Jen Psaki refuses to say what Biden would do if Americans are left behind after all U.S. troops leave Afghanistan.

“We expect there could be some but I’m not going to get into it further” pic.twitter.com/yrxGq4tsQz

RELATED: Chris Wallace Turns On Biden Over Afghanistan Debacle – ‘It’s Been A Mess’

During a trip to Singapore, Vice President Kamala Harris touted a successful White House operation in withdrawing troops from Afghanistan.

“There’s no question there will be and should be a robust analysis of what has happened. But right now … our focus has to be on evacuating,” Harris told reporters.

“And to that end, we have seen a successful drawdown of the embassy and, thankfully, without any American casualties.”

Asked about botched Afghanistan withdrawal, Kamala Harris brags about the “successful drawdown of the embassy.” pic.twitter.com/GgqTMmPKGY

That ‘success’ apparently “depends” on “coordination” with the Taliban.

Joe Biden says the successful evacuations of Americans in Afghanistan “depends on the Taliban cooperating” pic.twitter.com/zTNLHjIgWd

Politico, however, is reporting that the “Taliban has now started halting people trying to get in through the airport gates.”

Three sources tell me and @AlexThomp that the Taliban has now started halting people trying to get in through the airport gates. Not just Afghans but American citizens. Informal groups coordinating need to redirect people on the fly.

As for the students and parents from California currently stranded, Cajon Valley School Board President Tamara Otero told the Los Angeles Times that they had plans to fly out of Afghanistan.

They had already purchased tickets.

“The biggest concern is that the Taliban closed the airport,” Otero conveyed. “We are so worried about our students that are stuck there. We’ll do the best we can to get them out.”

Let’s hope the Biden administration does the same.