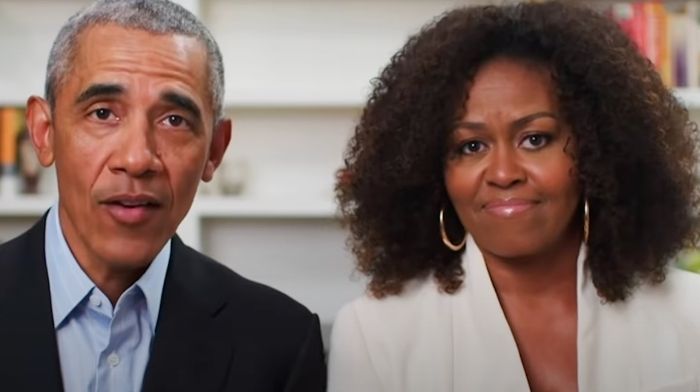 Former President Barack Obama spoke out on Friday to say that he and his wife Michelle are “heartbroken” over yesterday’s deadly terrorist attack in Kabul, Afghanistan that killed thirteen U.S. service members.

Obama said that he and his wife “were heartbroken to hear about the terrorist attack outside the Kabul airport that killed and wounded so many U.S. service members, as well as Afghan men, women, and children,” according to CNBC.

“As president, nothing was more painful than grieving with the loved ones of Americans who gave their lives serving our country,” Obama said. “As President Biden said, these service members are heroes who have been engaged in a dangerous, selfless mission to save the lives of others.”

“We’re also thinking of the families of the Afghans who died, many of whom stood by America and were willing to risk everything for a chance at a better life,” Obama concluded.

“After nearly two decades of putting our troops in harm’s way, it is time to recognize that we have accomplished all that we can militarily, and that it’s time to bring our remaining troops home,” he said back in April.

“Melania and I send our deepest condolences to the families of our brilliant and brave Service Members whose duty to the U.S.A. meant so much to them. Our thoughts are also with the families of the innocent civilians who died today in the savage Kabul attack,” Trump said, according to Daily Mail.

“This tragedy should never have been allowed to happen, which makes our grief even deeper and more difficult to understand,” he continued.

Melania added on her own Twitter account, “We are praying for the families and loved ones of the Marine heroes killed in Kabul and for everyone who is suffering during this difficult time.”

Former Trump national security adviser H.R. McMaster spoke out on Thursday night to warn that there was more to come.

This piece was written by James Samson on August 28, 2021. It originally appeared in LifeZette and is used by permission.

US Bars Honor Our 13 Fallen Heroes With 13 Cold Beers