Biden Is Unfit To Serve. Period. 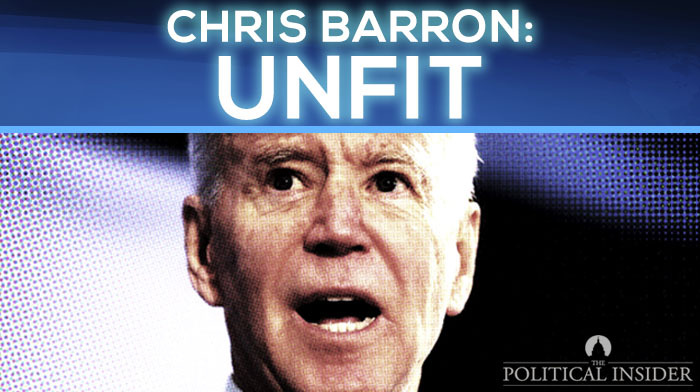 Like so many other Americans, yesterday felt like a gut punch. The international humiliation and humanitarian disaster that the Biden withdrawal from Afghanistan had been suddenly became a national tragedy as 13 of America’s finest were killed in a terror attack outside the airport in Kabul.

I found myself absolutely glued to the television all day, watching in absolute horror as the tragedy unfolded. Biden’s inexplicable mistakes – his abandonment of the Bagram air base, his refusal to do anything as the Taliban seized control of the country, and his mind-numbing decision to leave Americans in harms way – are now more than mistakes.

What Biden did resulted in the loss of life of 13 Americans.

The Biden administration gave the Taliban a list of Americans and our allies still in country!!!

I literally cannot fathom the level of incompetence that we are seeing from our leaders it’s absolutely disgusting. #Treason

Biden’s toxic shake of incompetence, inflexibility, and unwillingness to take responsibility had tragic consequences for the brave men and women in uniform serving in Afghanistan.

Unfortunately, I was wrong. Biden’s address to the nation yesterday was more of the same. Biden absolutely refused to alter his policy to adjust to the situation on the ground.

Biden has decided to continue to rely on the Taliban to defend and protect Americans, Biden committed to sticking by the arbitrary August 31st deadline regardless of whether Americans would be left behind, and Biden failed to take immediate steps to strike back at the people responsible for killing of 13 Americans.

The reason no one has been fired by Biden is because the person ultimately and arguably solely responsible is President Biden himself.

Accordingly, President Biden must go and he must go now.

Joe Biden has proven his unfit to serve, proven he is incapable of executing the duties of the office and shown the American people the cost of his incompetence.

RELATED: Psaki Responds To Calls For Biden’s Resignation: ‘Not A Day For Politics’

President Trump was impeached by the House twice for nothing but purely political reasons, Democrats abused the Constitutional process because they didn’t like the outcome of the election of 2016.

Impeachment was never intended to be used as a political tool, it was intended for a situation like what we are facing today.

I take no pleasure in urging Biden to resign, or calling for invoking the 25th amendment, and as a Trump supporter I certainly take no joy in calling for impeachment.

Unfortunately, President Biden has left us no choice.