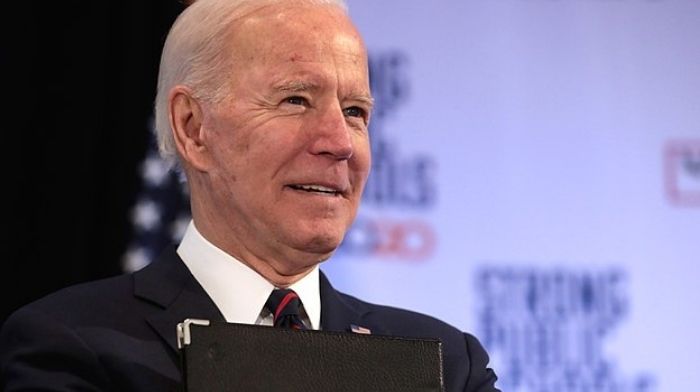 By Kevin Mooney for RealClearEnergy

China stands to benefit from the green energy mandates in the 1.2 trillion-dollar infrastructure bill the U.S. Senate approved on Tuesday while American energy consumers can expect to face higher costs associated with a carbon border tax that will reportedly be folded into the upcoming, budget busting reconciliation package.

The 19 Republican senators who provided the critical votes have put anti-energy interests in a stronger position to secure extra spending in the form of reconciliation to the tune of $3.5 trillion.

RELATED: Don’t Be Fooled By The Bipartisan, ‘Paid For’ Infrastructure Bill

The siren call of bipartisanship will prove costly to the American people, but beneficial to the regime in Beijing. The Congressional Budget Office projects the infrastructure bill alone will add $256 billion to the federal deficit over the next 10 years.

House Democrats and the Biden White House have tied the infrastructure plan to passage of the reconciliation package, which will be filled to the rim with progressive climate change initiatives that redound to the benefit of China’s renewable energy industry.

Apparently, anyone who toes the line with the Biden administration’s efforts to replace domestic energy sources with green energy supplies from foreign sources can expect to receive preferential treatment. So can China since the country controls 80% of the critical minerals that are used to manufacture the electric vehicle batteries.

China also operates eight of the 14 largest cobalt mines in the Democratic Republic of Congo, which makes use of child labor to extract the minerals used to power electric vehicles.

The Institute for Energy Research, a nonprofit group that favors free market policies in the energy sector, reports that in 2019 roughly one-third of the polysilicon, which is used to construct solar panels, came from the Xinjiang province of China.

The infrastructure bill calls for creating a new program for solar energy technologies “on current and former mine land.” China’s coal fired electricity has been boon for the country’s solar-panel manufacturers.

The polysilicon factories cycle through energy intensive endeavors that make access to low-cost coal power an essential ingredient that also gives China’s solar panel manufactures a competitive advantage. New coal-burning plants are up and running in Xinjiang and Inner Mongolia.

Because Republicans decided to compromise the farm away on infrastructure, they are supplying the Biden administration with the bipartisan cover it needs to load up the pending reconciliation package with Green New Deal type policies.

“The so-called ‘bipartisan infrastructure package’ is a wasteful and unnecessary exercise that will make the nation $1.2 trillion poorer,” Tom Pyle, the president of the American Energy Alliance, said in a press statement. “Perhaps most ridiculous part of the measure being considered is the $15 billion in subsidies for electric vehicles and charging facilities, but the package also includes tens of billions of dollars of wasted funding on passenger rail and mass transit…”

This is before the Biden Administration and its allies in Congress even get to the reconciliation.

There is no text yet, but The New York Times has reported that it will contain a carbon border tax that will enable the U.S. government to raise prices on imports made with carbon-based energy from foreign countries.

The idea here is to provide other countries with an incentive to adopt their own anti-carbon policies. But as Jordan McGillis, a policy analyst with the Institute for Energy Research, explains, there’s a fatal flaw standing behind Team Biden’s border tax strategy that will prove costly for American households.

“When governments hamper domestic industry, the inevitable response is for businesses to gravitate to regions with more amenable regulatory environments,” he said. “In this case, that’s called carbon leakage.

Proponents of a carbon border tax will portray it as a way to protect American jobs, but the clearest effect is that it guarantees higher costs for American households. Policymakers are attempting to mitigate the competitive disadvantage they’re creating by shifting the financial burden to the public at large.”

That’s the quite the one-two punch. The infrastructure part is heavily geared toward benefiting China’s capacity to generate the materials needed for renewable energy while the reconciliation part suffocates affordable, reliable carbon-based energy sources that would otherwise benefit the American people.

Kevin Mooney is an investigative reporter with both the Commonwealth Foundation and the Heritage Foundation.

Whom Should We Take from Afghanistan?