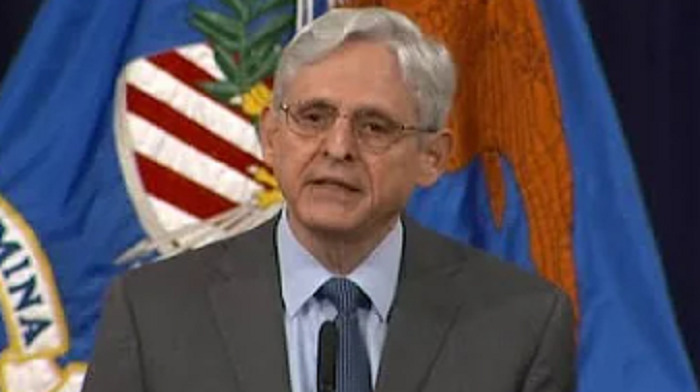 Attorney General Merrick Garland vowed that the Biden Justice Department would not tolerate ‘violence’ against women seeking abortions in Texas and would ‘protect’ them.

Garland on Monday said his agency would use the Freedom of Access to Clinic Entrances Act to “protect those seeking to obtain or provide reproductive health services.”

He indicated the Biden administration would use the federal law as a means to counter the Texas abortion law which went into effect earlier this month and was allowed to stand by the Supreme Court.

Garland announced it would be utilized “in order to protect the constitutional rights of women and other persons, including access to an abortion.”

It is up to COURTS – not the executive branch – to determine whether the Texas law impairs constitutional rights.

No court has found rights are violated.

The DOJ is out of control.

This is totalitarian stuff.

If they don’t like a law they will use DOJ raw power to crush it. https://t.co/4AAtLYwfxz

The Texas law prohibits abortions after six weeks – or once medical professionals can detect a heartbeat – but is unique in that it leaves enforcement up to private citizens through lawsuits.

The act in which private citizens might file a lawsuit against an abortion provider who conducted the procedure past the point of detecting a heartbeat is described as ‘violence’ by Garland.

“We will not tolerate violence against those seeking to obtain or provide reproductive health services, physical obstruction, or property damage in violation of the FACE Act,” he said.

“We will not tolerate violence against those seeking to obtain or provide reproductive health services.”

The President claimed the new law is “extreme” and “blatantly violates the constitutional right established under Roe v. Wade” while suggesting it will “significantly” impair health care access for women.

Not murdering babies with heartbeats is now violence. LOL ok

Biden went on to describe the Texas abortion law as ‘unAmerican.’

“And it just seems – I know this sounds ridiculous – almost unAmerican what we’re talking about,” he told reporters.

Garland’s statement, in the meantime, reads as if the Justice Department is responding to a terrorist attack of some kind.

“The department will provide support from federal law enforcement when an abortion clinic or reproductive health center is under attack,” he said.

“We have reached out to U.S. Attorneys’ Offices and FBI field offices in Texas and across the country to discuss our enforcement authorities.”

To the left, violence = anything they don’t like. This helps them justify extreme actions against their opposition.

Will the Attorney General respond with such fervor the next time Antifa or BLM engage in actual violence or attacks on the streets of cities across America?

For all that Senate Minority Leader Mitch McConnell has failed at, making sure an extremist like Merrick Garland never set foot on the grounds of the Supreme Court was a major victory for this nation.