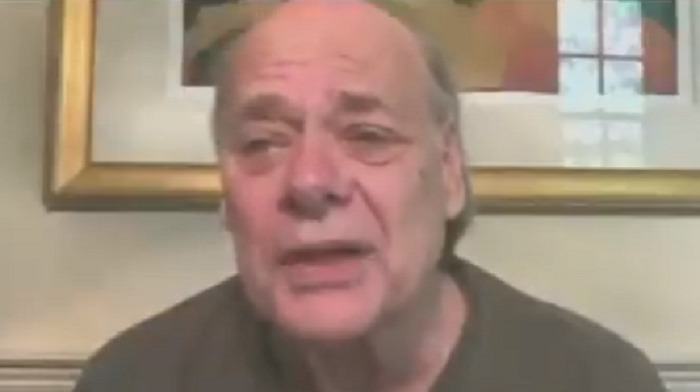 Representative Steve Cohen argued in favor of Nancy Pelosi’s district getting $200 million for improvements at a national park and golf course because she “does more for America” than anyone.

The $200 million allotment has been earmarked in the House Democrats’ bulky $3.5 trillion budget resolution.

The Presidio is a national historic park that sits on 1,500 acres and can be seen by drivers as they enter San Francisco via the Golden Gate Bridge.

In an interview with the Nob Hill Gazette last week, Pelosi bragged about her presence in the park.

“I’m a regular at the Presidio,” she said. “It’s just so beautiful to walk and see the bridge and then walk back and see the City. That’s probably what I do the most.”

Republican lawmakers were not at all pleased with the $200 million in pork being added to the already jaw-dropping reconciliation bill to benefit Pelosi’s district.

Representative Tom Tiffany (R-WI) described the $200 earmark as a payoff to the House Speaker.

“This is a Pelosi payoff,” he said. “This is where somebody puts themselves before their office.”

“Just because she is speaker doesn’t mean she gets to bloat this bill,” Boebert argued.

Added Boebert, “This is an obvious giveaway to Speaker Pelosi and the powerful elites in San Francisco that support her, and the U.S. taxpayer gets stuck with the bill.”

Cohen, however, bent the knee faster than Pelosi in a Kente cloth, praising the House Speaker by suggesting she deserves to get “a little bit more.”

The good news is that the #homeless in San Francisco will be able to hang around Presidio park and play golf, courtesy of American taxpayers… and Pelosi’s slash fund. #PelosiPresidioPayout

RELATED: Biden Responds After Hundreds Of 9/11 Victim Families Tell Him Not To Attend Memorial Events

Steve Cohen believes Nancy Pelosi (D-CA) is deserving of the ‘giveaway’ because of how hard she works for the American people.

“Well, the truth is, they should,” Cohen argued. “If it weren’t for her working 24/7, and she does, to keep this place going, we wouldn’t be going.”

“She does more for America than any other member, I would submit in this Congress, times 10,” Cohen said, slobbering more than when he housed a bucket of fried chicken in the House chamber.

“So I support the proposal.”

Rep. Steve Cohen brought a bucket of Kentucky Fried Chicken to today’s hearing, apparently to suggest that Barr is afraid to testify.
Via CSPAN pic.twitter.com/g3XOIedYqR

House Republicans tried to divert the proposed amount to other causes, among them being recreation opportunities for veterans and Gold Star families, as well as maintenance on 9/11 memorials.

It was to no avail, however, as each proposal was defeated by the Democrats.

Perhaps Cohen is supporting Pelosi’s $200 million for renovations at the Presidio after she finally kowtowed to his Trump impeachment whims.

Aside from eating fried chicken in the House as a means to mock then-Attorney General William Barr, Cohen has had his share of other memorable career lowlights.

In 2018, he offended veterans everywhere by suggesting disgraced FBI agent Peter Strzok deserved to be awarded a Purple Heart for testifying before Congress.

“Eli and Peyton don’t do sexual assaults against people other than their wives,” he said for reasons known only to Cohen.

Two years ago, he suggested Bill Clinton shouldn’t have been impeached “over sex” (he wasn’t) but former President Trump should have been for “raping the country.”

Biden Accuses GOP Governors of Being ‘Cavalier’ about Children’s Health