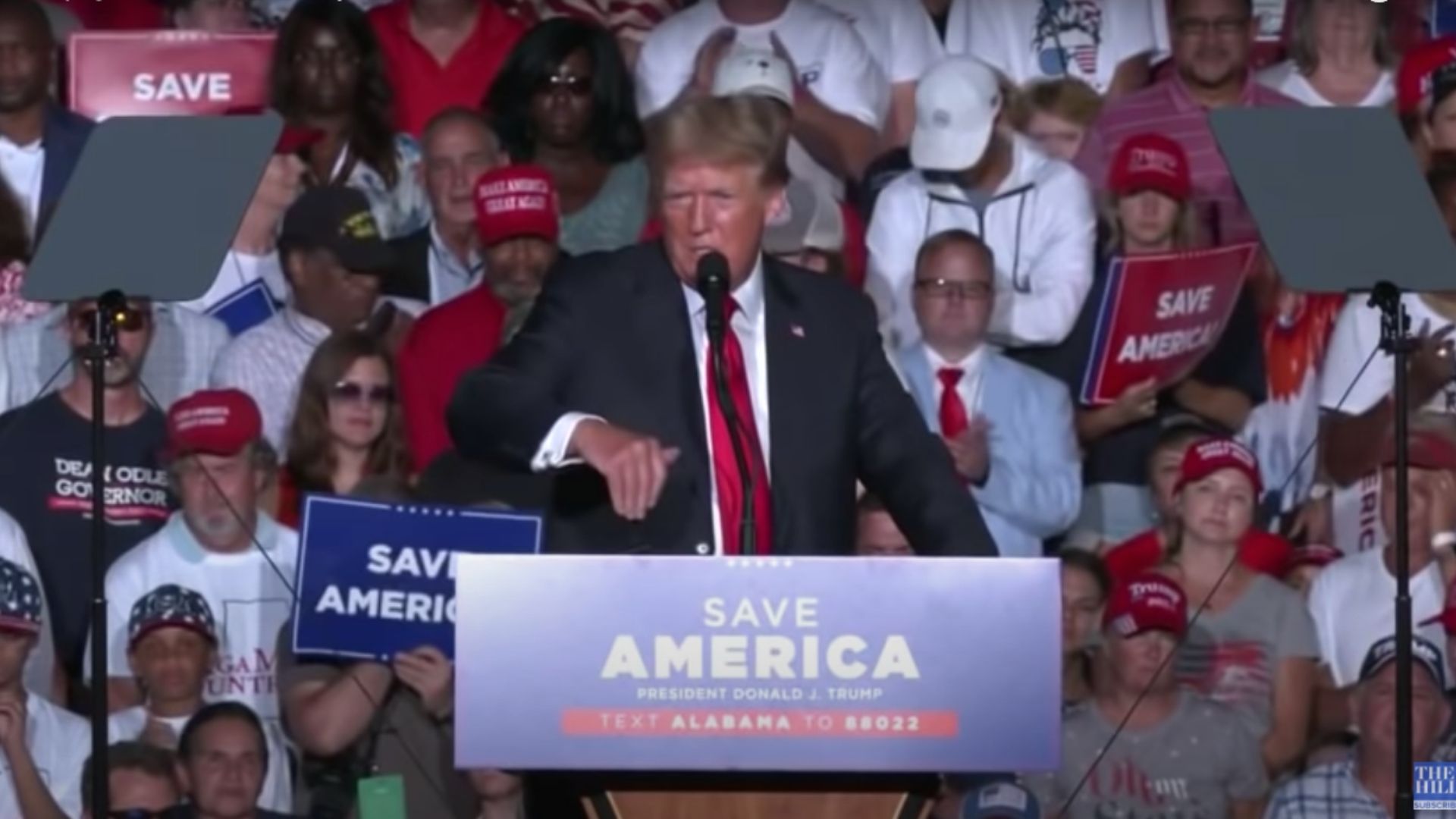 Trump made his remarks during a political rally in Alabama.

Trump pulls no punches: “Everything woke, goes to shit.” pic.twitter.com/aE47IRlEiq

Trump: ‘Do You Think That General Patton Was Woke? I Don’t Think So’

He then got harsh: “Everything woke turns to shit.”

Trump proceeded to play a snippet from the movie Patton in which actor George C. Scott plays the famed World War II general.

“Do you think that General Patton was woke?”Trump asked. “I don’t think so. He was the exact opposite.”

Trump then said that wokeness has become a problem in the U.S. military.

Trump Trolling Woke Generals With This Clip at the Alabama Rally. Gen. Patton was no woke general. pic.twitter.com/ypx5sPufpO

“We’re getting tired of the woke generals that we have right?” referencing Joint Chiefs of Staff Gen. Mark Milley who said he wanted to understand the “white rage” he believed was behind the January 6 Capitol riot.

The former president then went after woke activists for wanting to take down America’s “heroes,” especially during the protests in the Summer of 2020.

“We’re not going to do it,” he insisted.

Trump also went after the women’s U.S. Olympic soccer team, some members of which knelt during the American national anthem.

No, I’m not watching the Trump rally, but everything woke does turn to shit, doesn’t it?

“Women’s soccer was supposed to easily win, but they went woke,” Trump said.

Trump did cheer the women who did stand for the flag.

“I love those women that stood up and they saluted our flag,” the former president said.

Focusing on U.S. Soccer player Megan Rapinoe specifically as the “one with the purple hair,” Trump was dismissive.

“You can have her,” Trump said.

Trump is certainly not one to mince words! We applaud him for speaking out against the “woke” left in this way.

[VIDEO] Stress Getting to Joe? His Brain Turns to Mush When Trying to Remember FEMA Director’s Name