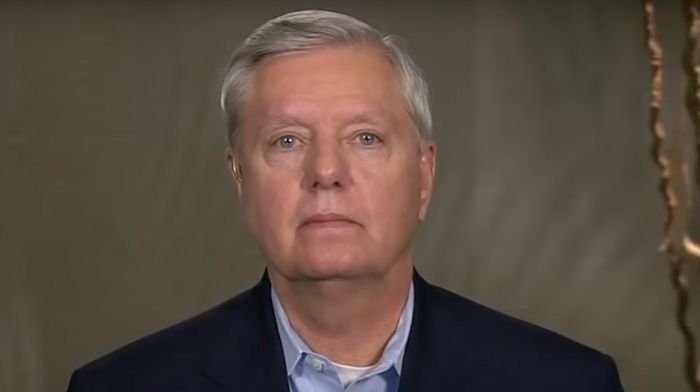 A fed-up Senator Lindsey Graham (R-SC) went on Fox News on Wednesday night to once again blast Joe Biden’s administration for its handling of the border crisis.

This came after Graham’s contentious exchange with Agriculture Secretary Tom Vilsack over his administration’s immigration policies, with the Republican understandably being disturbed when Vilsack admitted that his last interaction with a Border Patrol agent had been ten years ago.

“Here’s what I was trying to tell him: If you talk to the Border Patrol agents in charge of trying to police our border, they’re under siege,” Graham said. “They’re American patriots. Right after the election, they told the Biden administration, if you eliminate the Remain in Mexico policy and go back to Catch and Release when it comes to asylum claims, we’ll be overrun.”

“If you start allowing unaccompanied minors the ability to stay in the country, not send them where they came from, there will be more of them,” he added.

“And everything that they said has come true. And here’s what the secretary of agriculture — either he doesn’t understand it — well, number one, I said, when is the last time you talked to the Border Patrol? He said 10 years ago,” Graham continued.

“So, he’s telling me about the border,” Graham continued. “I’ve been there more times than I can count. I’ve been working on illegal immigration to try to fix it for 15 years. So, you have a cabinet secretary telling me stuff about pull factors, and he hasn’t talked to the Border Patrol in 10 years.”

“So, I’m tired of this crap,” the Republican senator said. “So what’s happened here, Brian, is that the Biden administration was put on notice, right after the election, that if you change Trump policies, if you stop building the wall, you go back to catch and release, allow people to come in and make an asylum claim, release them into the interior of the United States, we will be overwhelmed and overrun.”

“And they were right, and nobody in the Biden administration is adjusting,” Graham concluded. “They’re denying the truth.”

Related: Lindsey Graham Demands That Congress ‘Call Dr. Fauci Before The Senate And The House’

Check out Graham’s full interview below.

This piece was written by James Samson on July 23, 2021. It originally appeared in LifeZette and is used by permission.