Fighting Back Against The Vaccine Mandate 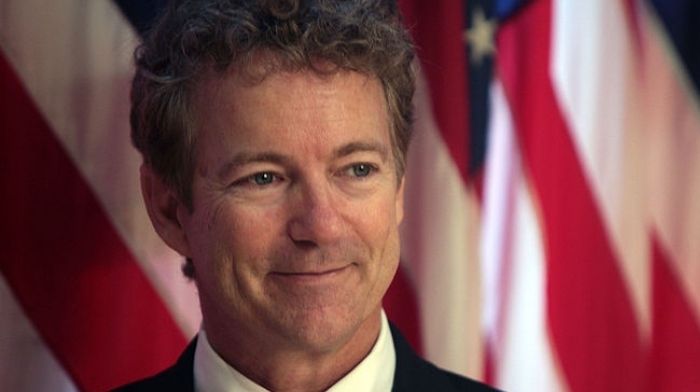 By Frank Miele for RealClearPolitics

The unvaccinated are fast on their way to becoming America’s untouchables, the equivalent of people in India who are the bottom caste of society, deprived of their rights and segregated as unclean.

Of course, that doesn’t apply to all vaccines, just to the COVID-19 vaccines being urged on Americans with minimal testing, maximum confusion, and no guarantee that the cure won’t be worse than the disease.

In many states, including Michigan, universities and employers have begun to insist that their students or employees submit to one of the three available vaccines or be denied access to participation, enrollment or employment.

These so-called vaccine mandates have pitted big government against everyday Americans under threat of losing their livelihoods if they don’t comply. On Aug. 6, several hundred Michiganders gathered on the steps of the state capitol to rally against the growing pressure to get vaccinated.

The rally, sponsored by Stand Up Michigan and several other groups, was a sign of the growing distrust of the vaccine that has been spurred by federal guidelines for vaccinated people to keep wearing masks and increasing evidence that getting the vaccine does not provide certain protection against the viral disease.

According to Michigan Radio, the Rev. Jason Georges told the crowd, “You are here because you are against the government and academic institutions and corporations forcing you to inject something into your body against your will. … By mandating the vaccine, the government assumes it has greater responsibility for your body than you do.”

The argument used by the government and others who favor a vaccine mandate is that it will protect the public health and welfare. This argument falls short, however, because if the vaccine is truly effective, then the public’s health is already being protected for those who want to be vaccinated.

Remember, the vaccine is widely available and free in the United States, so those who choose not to be vaccinated are only putting themselves and those like them at risk, not the general public.

“What about the children who can’t be vaccinated?” ask vaccine supporters. “Aren’t you also putting them at risk?” Well, yes, but no more than they are at risk from normal influenza strains, and no one has suggested making flu vaccines mandatory. A recent study even suggested that COVID-19 in children is milder than the flu.

The Centers for Disease Control calls the current situation a “pandemic of the unvaccinated,” but what they fail to acknowledge is that free and fully informed citizens should have the right to put themselves at risk if they choose to do so.

And by extension, they should also be able to avoid risk if they believe it is inherent in an experimental vaccine.

The fact that taking a vaccine is a medical decision should trigger numerous civil rights that we have previously taken for granted, but for now the federal government is insisting on treating vaccination status as having no protections. The experts say, for instance, that the Americans With Disabilities Act does not apply to the unvaccinated.

RELATED: Gov. Greg Abbott Vows That Those Defying Mask Mandate Ban ‘Will Be Taken To Court’

I have made the case elsewhere that the definition of disability in the ADA does include individuals who have not gotten the COVID-19 vaccination, but I of course am not an attorney.

Harmeet Dhillon is an attorney and is one of the most prominent voices in support of preventing government, employers or other entities from using vaccination status as a weapon, but she offers little encouragement for the non-vaccinated.

“I’ve had to break the news to hundreds of people who call [or] email,” Dhillon wrote on Twitter. “Given the federal and state employment agency and DOJ guidance on legality of employers mandating vaccines (which I disagree with and which is at odds with how they treat similar issues), workers have few rights.”

In a follow-up Tweet, she wrote, “Absent a BONA FIDE medical or religious exemption, employers don’t have to accommodate your preference, and even then they have ways around a valid exemption and can also shame you with special tags and masks and such, encouraging co-workers to peck you to career death.”

Dhillon essentially throws up her hands and says that the system is rigged against medical freedom and in favor of corporate obedience. Maybe so, but citizens in Michigan and most other states have a clear path to at least put up a fight using those medical or religious exemptions that are legally recognized in the vast majority of states.

The medical exemption applies in a few specific cases where a diagnosis suggests that, due to a preexisting medical condition,  real or potential harm may fall upon patients who receive the vaccination. That has limited applicability, but the religious exemption on the other hand can apply to almost anyone who has a deeply held religious belief.

The Equal Employment Opportunity Commission, for instance, has recognized that Title VII of the Civil Rights Act protects workers from being discriminated against on the basis of religion, and that the exemption may be applied broadly, not just to those who are regular attendees of church or who subscribe to a prevalent belief system.

In addition, according to the National Conference of State Legislatures, “there are 44 states and Washington, D.C., that grant religious exemptions for people who have religious objections to immunizations” given to schoolchildren. Some of those laws may apply to college students as well as to younger children.

Employees who seek a religious exemption must be prepared to explain in a paragraph or two what is the basis of their objection. This could include a moral objection to the use of fetal cell lines traced to abortions performed in the 1970s and 1980s.

RELATED: Teacher Unions: Masks For Thee, No Mandatory Vaccinations For ‘We’

All three of the vaccines approved for emergency use against COVID-19 by the FDA involved testing that used those objectionable cell lines.

An additional objection that could be raised on the basis of religious belief might be framed around the use of so-called vaccine passports to restrict individuals from being able to conduct business in a routine manner.

Former Obama Chief of Staff Rahm Emanuel said recently that he wants to make the vaccine a “requirement to participate in … the economy.” This is a frightening echo of the Book of Revelations, where “the second beast required all people small and great, rich and poor, free and slave, to receive a mark … so that no one could buy or sell unless he had the mark.”

Moreover, according to Christian tradition and the Book of Revelations, “there is no rest for those who worship the beast and its image, or for anyone who receives the mark of its name.”

It doesn’t matter if anyone else agrees with your interpretation of the Bible or your belief system. Lots of people think Bible-believing Christians are crazy. But if it is a sincerely held religious belief, you should be entitled to an exemption from the vaccine.

You may be required to participate in regular testing for COVID-19 or to wear a mask, but that is a small price to pay if you believe your immortal soul is at stake.

Of course, using the religious exemption puts all the burden on individuals to assert their natural right to control their own bodies. What should happen is that states must codify that protection with legislation. Some states already have done so.

In Montana, for instance, a law signed in May by Gov. Greg Gianforte recognizes a person’s vaccination status as a protected category. Employees cannot be forced to reveal vaccination status, nor to take vaccines in order to keep their job.

This law, House Bill 702, is a model for all legislators who want to ensure that their citizens are treated like human beings and not like subjects.

Sen. Rand Paul spoke for millions of Americans when he posted a video on Twitter where he said it was time to choose. “I choose freedom,” Paul said.

“They can’t arrest all of us. They can’t keep all of your kids home from school. They can’t keep every government building closed,” the Kentucky Republican added. “We don’t have to accept the mandates, lockdowns, and harmful policies of the petty tyrants and bureaucrats. We can simply say no, not again. …

“Nancy Pelosi — you will not arrest or stop me or anyone on my staff from doing our jobs. We have either had COVID, had the vaccine, or been offered the vaccine. We will make our own health choices. We will not show you a passport, we will not wear a mask, we will not be forced into random screenings and testings so you can continue your drunk-with-power reign over the Capitol.”

It’s not up to Rand Paul to save America from tyranny. It’s up to all Americans. Every state needs to follow in the footsteps of Montana and put into law protections for the unvaccinated.

No segregation. No discrimination. No untouchables. Not in the land of the free. Not now. Not ever.