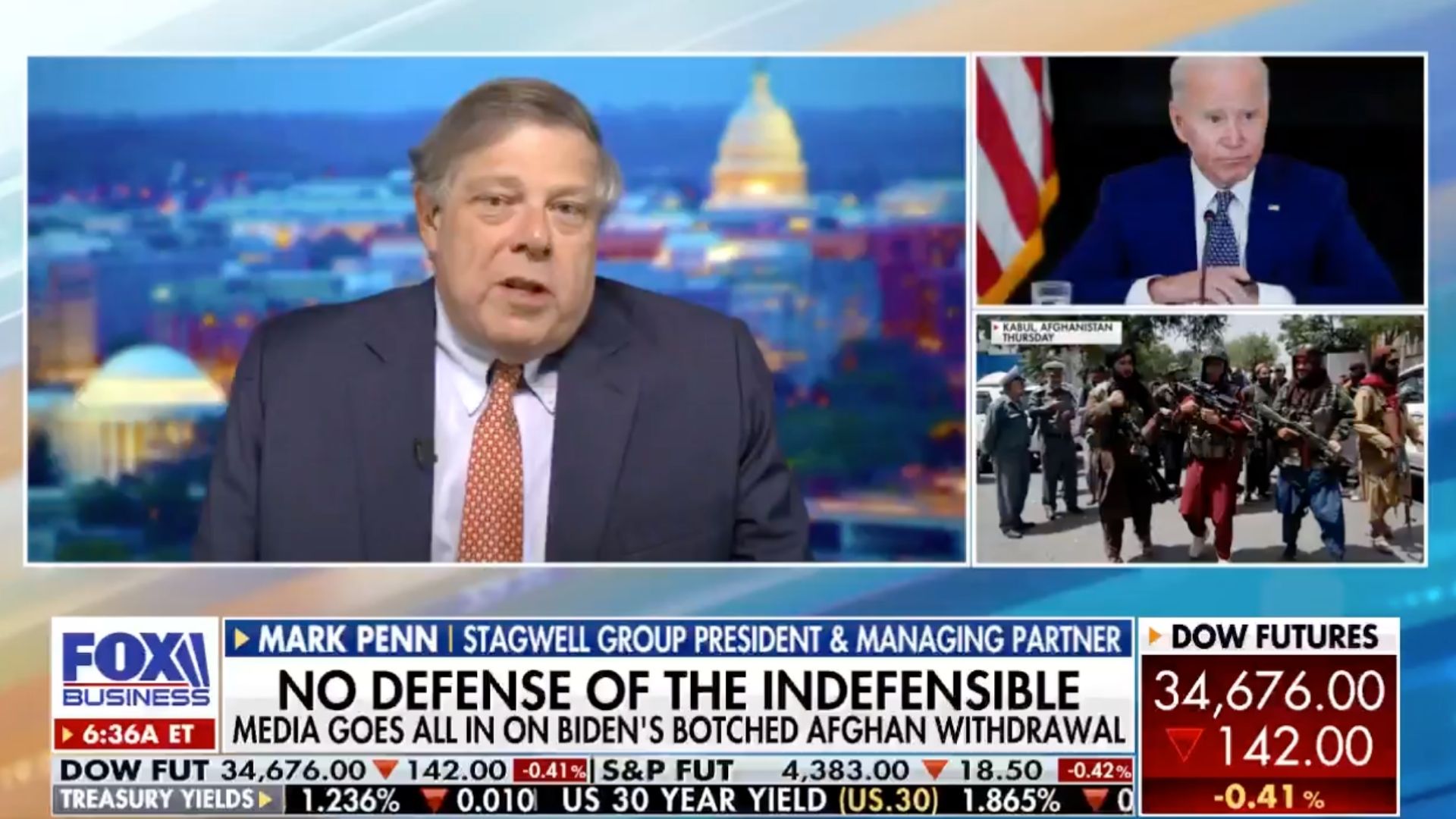 A former top adviser to both Hillary and Bill Clinton believes that President Joe Biden’s handling of the U.S. withdrawal in Afghanistan is a “political disaster” that could hurt Democrats in the upcoming elections.

The remarks were made by Clinton alumni by Mark Penn in an interview with Fox News.

You think? Almost every Veteran of the war in #Afghanistan feels he sold us out. https://t.co/xW5RujOmwL

Penn: ‘There’s No Question This Is An Actual And Political Disaster For President Biden’

Penn said,  “I think there’s no question this is an actual and political disaster for President Biden,” Mark Penn said. “Of course, we don’t know the long-term effects yet because the events are still evolving as we speak.”

“He’s going to have to show extreme competence to come back from this,” Penn added.

That could be a tall order for Biden, who is facing multiple crises and has seen his approval rating crumble since the debacle in Afghanistan.

Biden has faced a lot of criticism in how chaotic the U.S. military withdrawal from Afghanistan has gone so far, including the thousands of Americans remaining in that country as the Taliban regained power.

This could be bad news for Biden’s party, says Penn.

“He’s going to have to restore his credibility here,” Penn said. “He’s got some very big challenges, or he’s going to face some serious problems in the midterms.”

Typically, the party out of power performs better in the midterms – and Democrats are holding on to razor-thin margins in both the House and Senate.

Penn, who is also a veteran pollster, also noted how Biden’s approval numbers have dropped.

“The fact that President Biden has one item here that’s in the 20s is not yet representative of his entire job, which was really close to 60% [approval] two months ago.

Penn said that Biden’s approval numbers have “been falling as Covid has been rising, and now he’s 50% or below in most polls.”

“Again, events are still evolving,” Penn added. “We don’t know whether he’s going to come back from this or fall further.”

The botched withdrawal in Afghanistan now garnering media ire as many find it difficult to defend.

“The previous press shield that has helped President Biden seems to be gone.” pic.twitter.com/HuBZl0Ajz3

On criticisms of Biden that his actions could embolden terrorists, Penn said, “Clearly the administration has sent conflicting messages on whether or not ISIS is being revived.”

“Look, we don’t know, we can’t get ahead of events but clearly reestablishing a government run by those people who, in fact, harbored the terrorists from 9/11 is a dangerous proposition,” he added.