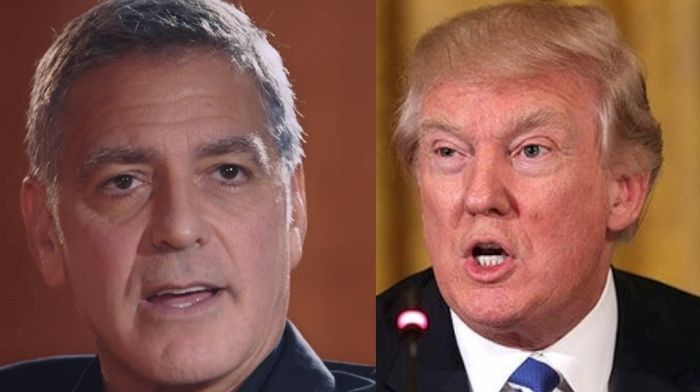 The Hollywood star and radical liberal George Clooney has spoken out to address the Capitol riots that happened this past Wednesday, saying that what happened has brought shame to the entire family of President Donald Trump.

“This puts Donald Trump, Donald Trump Jr. Ivanka, all of them, into the dustbin of history,” Clooney alleged, according to The Hollywood Reporter. “That name will now forever be associated with insurrection.”

“It’s devastating to watch the people’s house being desecrated in that way,” he said.

“But it is also a tremendous overreach in a way — everybody kept waiting for, what’s the one thing, the straw that breaks the camel’s back and it just seemed like that line just kept getting moved and moved and moved and outrage didn’t even matter anymore, even to the point of calling the Secretary of State in Georgia and pressuring him,” Clooney added. “None of that seemed to matter. This mattered.”

Clooney went on to reference [former White House Chief of Staff] General John Kelly recently saying that he were still in the cabinet, he would vote in favor of invoking the 25th amendment to remove Trump from office.

“This is a big,  big difference,” said Clooney. “If this is what it takes to set us on the right path, I think that, not that it’s worth it, it’s not worth it in any shape or form, but at least we should find something hopeful to come out of some of this disaster.”

Clooney has spent much of the past few weeks bashing Trump publicly every chance he gets. He recently said that he sees hope on the horizon once Donald Trump is “out of office.”

“Well, now we see there is. There’s more than hope,” Clooney told The Hollywood Reporter. “There is a bright light at the end of this tunnel. We will soon say goodbye to the dark ages. Goodbye to fear. Goodbye to doubt. Goodbye to the anxiety.”

“Once this is over and Trump’s out of office, we should probably do something about COVID, too,” he added. “That would be important. Here’s to 2021. We’ll see you in person then.”

Full Story: George Clooney Sees Hope On The Horizon Once ‘Trump’s Out Of Office’

This piece was written by James Samson on January 8, 2021. It originally appeared in LifeZette and is used by permission.