ISIS Has Been ‘Waiting For A President Like Joe Biden,’ GOP Rep. Banks Says 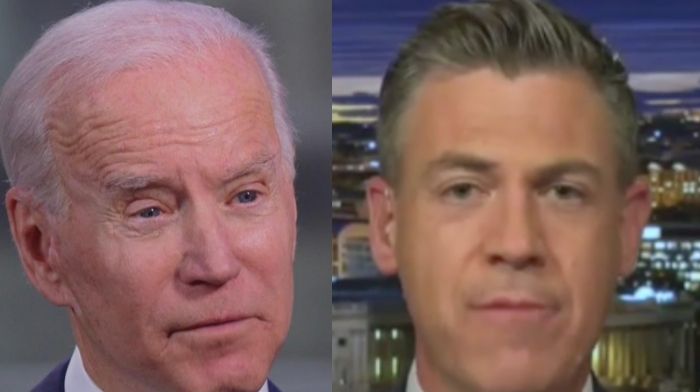 Banks went so far as to say that ISIS has been “waiting for a president like Joe Biden” to step in and “create a chaotic situation” like in Afghanistan after the Taliban took over.

“This is… tragic,” Banks said. “I’m heartbroken thinking about the many lives that have been impacted — our service members, the lives of the Afghans who have been helping us over the last 20 years who are trying to get to the airport just to potentially get out of a Taliban-run situation.”

“All of this was completely avoidable,” he added. “And that’s what makes me so angry watching these images and hearing about potentially the loss of American lives, of our service members, of the situation going on there. So, I’m both heartbroken and angry at the same time. By the way, you are hearing more and more about ISIS K. … ISIS K is not a new dynamic in Afghanistan.”

“They’ve been building up there for about over three years, waiting for a moment like this, waiting for a president like Joe Biden to create a chaotic situation like what he has to strike, and we saw what’s happened over the last couple of hours,” Banks continued. “We’re going to see a lot more of that to come in the days ahead.”

‘The Blood Is On Joe Biden’s Hands’

This comes one day after Banks said that Biden has blood on his hands over the botched withdrawal of U.S. troops from Afghanistan.

“The Taliban now has biometric devices which have the fingerprints, eye scans and biographical information of all the Afghans who helped us and were on our side in the last 20 years,” Banks said. “There is no plan by this administration to get those weapons back “There is no plan to account for any of this equipment or these weapons.”

Related: Marjorie Taylor Greene And Lindsey Graham Call For Biden To Be Impeached Over Afghanistan

“Let me be very clear, if any American is harmed, injured or killed and not safely evacuated out of Afghanistan, or if any of these weapons or this military equipment is used to harm, injure, or kill an American now or at any time in the future, the blood is on Joe Biden’s hands,” he added.

This piece was written by James Samson on August 26, 2021. It originally appeared in LifeZette and is used by permission.