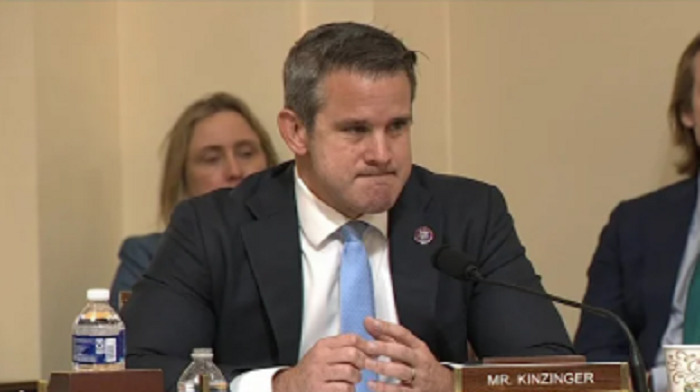 Democrats’ January 6 probe into the Capitol riot is ramping up as reports indicate that the committee will seek phone and social media records of several hundred people, including lawmakers and possibly members of President Trump’s family.

CNN was the first to note that Rep. Bennie Thompson (D-MS), who serves as chairman of the Select Committee, had signed off on a “broader investigative strategy.”

The committee investigating the January 6 incident, according to multiple sources, “is poised to send notices to various telecommunications companies requesting that they preserve the phone records of several people, including members of Congress.”

The notices will reportedly go out this week.

Letters will also be sent to social media companies asking that they preserve records as well.

—>>House committee plans to seek phone records in probe of January 6, including from members of Congress – CNNPolitics https://t.co/LtjrYyrmJ3

RELATED: FBI Finds Capitol Riot Was Not A Coordinated Plot

While the CNN report doesn’t confirm which lawmakers will be the target of the January 6 committee, it does go on to speculate that they may be seeking phone records for House Minority Leader Kevin McCarthy (R-CA) and GOP Rep. Jim Jordan (OH).

Both have said they spoke with then-President Trump on January 6th on the phone.

Thompson outlined what other records will be sought by the committee.

“In terms of telecom companies, they’re the ones that pretty much you already know, the major networks, the social media platforms, those kinds of things,” he told CNN on Monday.

“I can tell you that we’ll look at everything that will give us information on what happened on January 6,” Thompson added. “We will look at all records at some point.”

It’s unclear why phone companies would be given the task, rather than the National Security Agency.

A report by The Hill claims the phone records will be sought for “several hundred people” related to the committee’s probe.

They also write that Thompson was asked if the individuals would include members of Trump’s family.

“We have quite an exhaustive list of people. I won’t tell you who they are, but it’s several hundred people that make up the list of people we are planning to contact,” he replied.

That isn’t exactly a denial.

Nervous about those phone records Josh?
#BREAKING Extensive electronic communications from “several hundreds” to be requested by January 6 commission.
Chm. Bennie Thompson said the request includes members of Congress, while Trump’s family and associates have not been excluded pic.twitter.com/Wr7MFputfo

FBI Declared Capitol Riot Was Not A Coordinated Plot

CNN reports that Thompson and the January 6 committee will not only seek phone and social media records, but he “hopes to issue subpoenas by the end of August.”

Anti-Trump Rep. Adam Kinzinger (IL), one of two Republicans chosen to serve on the committee by House Speaker Nancy Pelosi (D-CA), celebrated the efforts of the committee.

“We’re going to get to the bottom of what happened, and, you know that whatever that is, may exonerate a bunch of people, may not; we’re just gonna do our work thoroughly and expeditiously,” Kinzinger said, according to The Hill.

“We have people constantly trying to change the story and create misinformation, so we need answers.”

Kinzinger famously wept during a hearing last month following testimony from four police officers who defended the Capitol that day.

“Democracies are not defined by our bad days. We’re defined by how we come back from bad days.” https://t.co/Ivqza5UmhT pic.twitter.com/aqyBdqM8gk

Aside from fabricating tears, Kinzinger and the January 6 committee seem hell-bent on trying to ‘change the story and create misinformation.’

Seeking phone records from Republican lawmakers and anyone associated with Trump is a clear attempt to suggest to the public that the January 6 committee believes the Capitol riot was a coordinated attack.

Just last week, however, officials familiar with the FBI’s investigation into the events of that day indicated there is little to no evidence that the event was a coordinated plot to overturn the election.

And yet they’re going to seek phone records and social media information for lawmakers and hundreds of people.

Betsy Brantner Smith, a spokeswoman for The National Police Association, has slammed the select committee as a circus.

Seeking personal records and threatening subpoenas even after the FBI has said there was little evidence of a coordinated effort means the dog and pony show is going to continue.

This committee seems designed solely as a political ploy to make supporters of the former President and Republican voters look like terrorists.