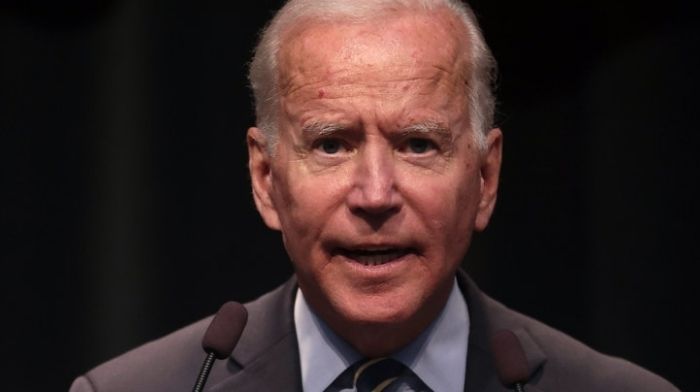 By Andrew E. Busch for RealClearPolitics

President Biden and other Democrats have referred to Republican-sponsored voting reforms in Georgia, Texas and elsewhere as “Jim Crow 2.0.”

Republicans, the not-very-subtle implication is, are engaged in white supremacist “voter suppression” attempting to restore the repressive practices of a bygone era.

While these claims have been reported (and sometimes repeated and amplified) by mainstream media, most analyses have missed a critical step. In order to evaluate the claims of Jim Crow 2.0, it’s essential to understand Jim Crow 1.0.

How was the black vote suppressed in the late 19th and early 20th centuries? Only with such an understanding can one render a sensible judgment about today’s voting reforms and proposed remedies such as H.R. 1.

By far the bluntest instrument was physical intimidation and violence by the Ku Klux Klan or other organized paramilitary forces such as the Knights of the White Camelia, White Brotherhood, White League, Red Shirts, or rifle clubs made up of Confederate army veterans.

These groups would assassinate black political and social leaders and threaten black voters with reprisals if they showed up at the polls. In some cases, they provided voters with certificates, which assured their safety if they voted Democratic.

In Arkansas, about 2,000 blacks were killed prior to the 1868 election; in Georgia, the number was higher. Louisiana saw approximately 1,000 blacks murdered. The consequences were predictable. In St. Landry Parish, Republicans held a 1,071 advantage in voter registrations but received zero votes in the fall 1868 election.

In New Orleans, of 21,000 registered Republicans, only 276 voted. Similarly, the Republican candidate received 1,222 votes in Columbia County in Georgia’s April 1868 gubernatorial election. In November of that year, following a KKK reign of terror, Ulysses S. Grant received one vote for president.

“At least 10 percent of the Black legislators elected during the 1867-1868 constitutional conventions became victims of violence during Reconstruction, including seven who were killed,” according to History.com.

In the 1920s, a resurgent Ku Klux Klan monitored polling places and even dropped leaflets out of airplanes over heavily black areas warning against voting. As late as the 1960s, the Klan engaged in open intimidation at polling places.

Second, following ratification of the 15th Amendment, which prohibited the denial of voting rights on the basis of race, Southern state governments utilized a variety of other means to suppress the black vote. One was the poll tax levied on individuals who registered to vote.

The poll tax was generally between $1 and $2. This doesn’t sound like much in 2021, but the contemporary Alabama sharecropper earned an average of 65 cents a day. Alabama’s $2 poll tax was equivalent to three days’ wages.

Someone making $30,000 a year today would pay around $350 at that rate. The poll tax was aimed primarily at blacks, most of whom could ill afford to pay it, but it also affected poor whites.

RELATED: Why Critical Race Theory Harms The Black Community The Most

Another widely used mechanism was the literacy test for voter registration. In theory, the literacy test, like the poll tax, was race-neutral, typically required of anyone who could not prove that he had at least a fifth-grade education.

But the tests were designed with the purpose of disqualifying potential black voters in large numbers.

Some tests focused on knowledge of the workings of the state or U.S. government; others measured logic or reading skills. A single answer marked wrong could mean failure. Whites were often exempted from literacy tests altogether due to “grandfather clauses.”

In the mid-1960s, Duke law professor William W. Van Alstyne sent four questions from the Alabama literacy test to all active constitutional law professors in American law schools with instructions to answer without external aids. Almost 100 responded – and 70% of their answers were incorrect.

Finally, in eight Southern states, Democrats found another way to circumvent the 15th Amendment. The Constitution, they reasoned, applied to federal elections but not to party nominating processes, which were an internal function of private associations.

In the Solid South, receiving the Democratic nomination for office was usually tantamount to election. Thus, only whites would be permitted to vote in the Democratic primary. Even if an African American could navigate the formidable maze of obstacles to somehow vote in the general election, it wouldn’t matter.

He would be denied access to the most critical phase of the election in a one-party state.

In the mid-20th century, these devices of voter suppression began being gradually dismantled. In a series of cases in the 1920s, 1930s and 1940s, the Supreme Court barred use of the white primary. The 24th Amendment, ratified in 1964, prohibited use of the poll tax in federal elections, a rule extended by the Supreme Court to state and local elections two years later.

Literacy tests were driven out of usage by provisions in the 1965 Voting Rights Act. The VRA also authorized the stationing of U.S. marshals at polling places and voter registration centers in order to prevent intimidation of black voters.

The Ku Klux Klan itself, by then in its third incarnation, began suffering a massive decline of membership that has continued to the present day. A group that had upwards of 5 million members nationally at its peak in the 1920s now has around 5,000.

Throughout the South, the effects of these changes were monumental. In Mississippi, for example, voter turnout by blacks grew from 7% in 1964 to 59% in 1969.

This, then, was Jim Crow 1.0. What, by way of comparison, is Jim Crow 2.0, according to President Biden and Democratic members of the Texas Assembly?

Here are some of the provisions of recent state election laws that have drawn criticism and even been subjected to (unsuccessful) lawsuits:

This list does not include other aspects of the same legislation that often broadened opportunities for voting, such as extended in-person early-voting hours and replacement of signature verification – often subject to mistaken disqualifications – with use of the voter’s driver’s license number or Social Security number on mail ballots.

So, to recap, Jim Crow 1.0 entailed widespread murder and violent intimidation, onerous taxes, rigged literacy tests, and a flat prohibition on blacks voting in the primary elections of the dominant party, leading to results such as Mississippi’s 7% voter-turnout rate for African Americans.

“Jim Crow 2.0,” meantime, requires that voters show proper identification, vote in the correct precinct, and request their absentee ballot every two years instead of every four.

Someday, historians will marvel that anyone ever took seriously the argument that these two regimes bore any relation to one another.

Nearly everyone in America understands that we need to lower the political temperature if we want our country to hold together. A good place to start would be to stop inflaming racial and partisan animosities by making incendiary – and indefensible – claims that our opponents are working to restore some dark chapter in American history.

If Joe Biden actually meant what he said about unifying the country, this would be an easy call for him to make. One Jim Crow was one too many. It’s time to recognize that the second one is imaginary and stop invoking it.

Andrew E. Busch is Crown Professor of Government and George R. Roberts Fellow at Claremont McKenna College. He is co-author of “Divided We Stand: The 2020 Elections and American Politics” (Rowman & Littlefield).

[VIDEO] World Leaders Lash Out at Biden Over Afghanistan Debacle, One Ally Holds Joe in “Contempt”