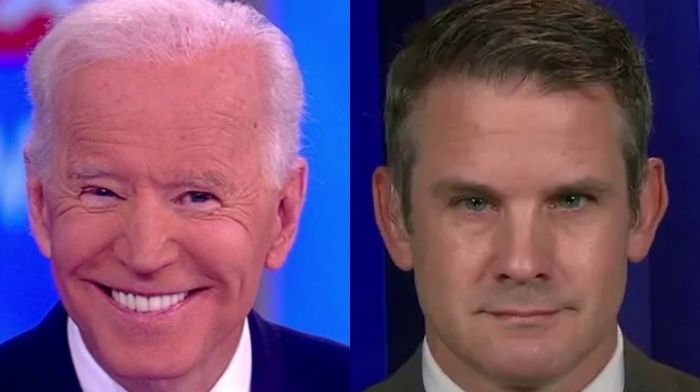 Rep. Adam Kinzinger (R-IL) went on CNN on Friday to push back at calls from his colleagues that President Joe Biden resign or be impeached over the disaster in Afghanistan.

Despite Biden’s mishandling of the crisis that led to thirteen U.S. service members being killed in a terror attack in Kabul on Thursday, Kinzinger said he won’t be calling for Biden to resign or be impeached. It should be noted that Kinzinger voted in favor of impeaching former President Donald Trump over the Capitol riot earlier this year.

“I do believe some people on [Biden’s] national security team should resign. That’s up to them, and it’s up to him. But no, I mean, look, we impeach presidents for high crimes and misdemeanors. This is a very bad decision,” Kinzinger explained. “Other presidents have made bad decisions, but I’m not going to call on the president to resign for this nor to be impeached.”

“Look, we need some stability in our government, and we’ve gotten to this back and forth where it’s just constant battle of power, who can take over next year, instead of looking at this country needs some real help,” he added. “We need actually grown-up politics for once and not just kind of next-day news cycle politics.”

Earlier this week, Kinzinger tried to blame Trump for the disaster in Afghanistan.

“What breaks my heart probably more than anything on a political side is that America is being displayed out in the world and embarrassed in the world, and our American allies are saying America looks weak,” Kinzinger said.

Full Story: Kinzinger Says Trump Got ‘Rolled’ By The Taliban – ‘Set This Up To Fail’ In Afghanistan

“By the way, they end up getting rolled harder than ever, almost as hard as Neville Chamberlain because they knew what the outcome was,” Kinzinger said. “They set this up to fail but always, of course, Joe Biden could have easily turned this around and instead used it as the excuse to get out. Both parties have failed the American people.”

This piece was written by James Samson on August 27, 2021. It originally appeared in LifeZette and is used by permission.