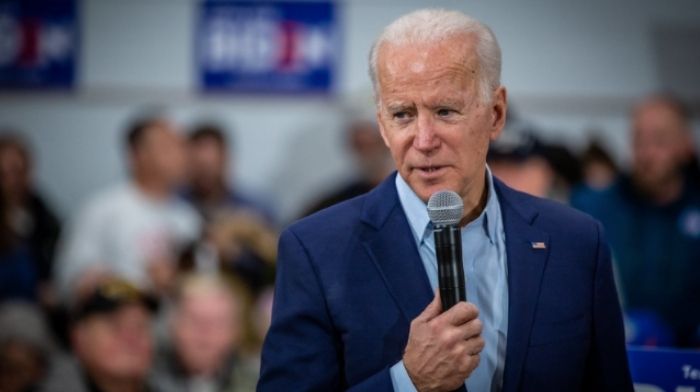 In the wake of President Joe Biden’s disastrous withdrawal from Afghanistan, a new poll shows that a plurality of Americans “strongly” disapprove of his job performance.

Biden’s poll numbers have seen a significant decline since the collapse of the Afghan government.

This data was revealed in a new Rasmussen’s Daily Presidential Tracking Poll released on Monday.

The last time the president received net approval in a Rasmussen survey was on July 23, when 50 percent approved and 49 percent said they disapproved.

This poll represents a continuing downward trend for Biden, particularly since the unfolding of the tragedy in Afghanistan.

The Washington’s Examiner’s Paul Bedard wrote in mid-August, as the Biden administration carried out evacuation efforts before the August 31 withdrawal deadline, “A slew of new polls have come out this week showing the shrinking support for and approval of President Joe Biden, his average now below 50%.”

“But today, Rasmussen Reports is issuing the capper, telling Secrets that in an election do-over, Biden would lose to former President Donald Trump,” Bedard noted. “By a six-point margin, 43%-37%, likely voters would pick Trump over Biden ‘if the next presidential election were held today.”

A slew of new polls have come out this week showing the shrinking support for and approval of President Joe Biden, his average now below 50%.

But today, in an election do-over, Biden could lose to former President Donald Trump.https://t.co/I9nDxP6Qhp

Bedard then observed that Trump was increasingly popular with minority voters.

Bedard wrote, “The details of the survey, which samples more Democrats than Republicans, showed that Trump would win more women and blacks than he did in 2020 when he lost to Biden, 46.8%-51.3%.”

“A sizable 14% would choose “some other candidate,’ though none were named,” he added.

Bedard observed, “The survey comes at a key point in Biden’s presidency. He is now under fire for bungling America’s withdrawal from Afghanistan, increasing inflation, and spiraling crime.”