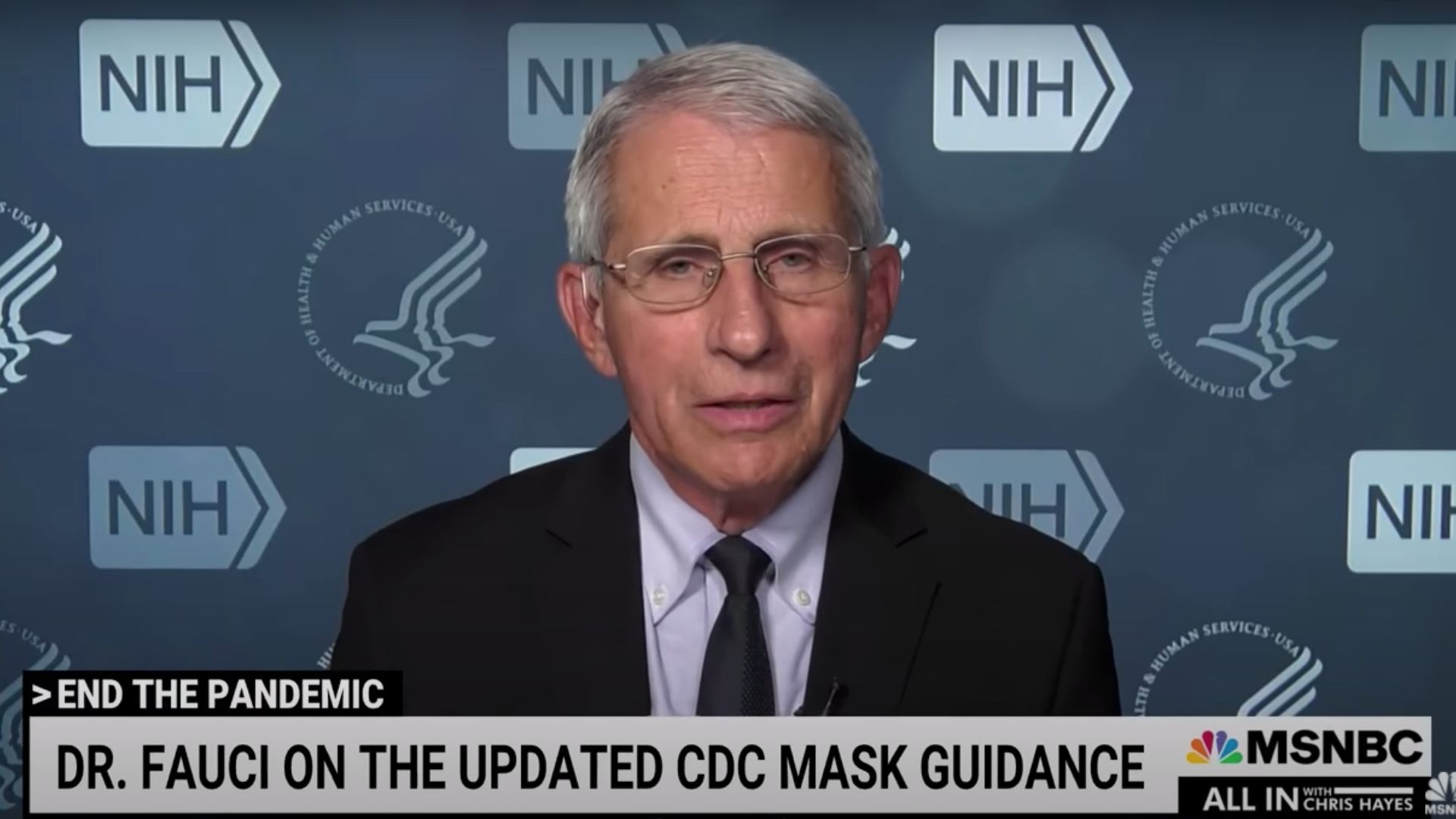 During an interview on CNN this week, political pollster Frank Luntz said that “every time” U.S. National Institute of Allergy and Infectious Diseases head Anthony Fauci speaks, he turns people off to the idea of getting vaccinated.

Luntz added that if the Biden administration truly wants more people vaccinated, Fauci should be seen much less.

Anthony Fauci has become “so politicized, so polarized that every time he speaks he actually turns off people,” to the vaccines, says pollster Frank Luntz.

“If we are serious about it, it means we have to put the best spokespeople out there,” he adds. pic.twitter.com/RtGWhecdL6

RELATED: Biden Will Make Vaccines Mandatory For Federal Employees, Says Unvaccinated Americans ‘Not Nearly As Smart As I Thought You Were’

Luntz: ‘He Actually Turns Off People’

Luntz also said that Biden would be smart to invite former President Donald Trump to the White House for a joint effort to get people vaccinated.

“You had on earlier Tom Frieden, Dr. Frieden, who’s probably the best communicator in the country on this stuff,” Luntz said to host Anderson Cooper.

Luntz continued, “And Anderson, I’m going to tell you something, which probably you don’t want to hear. But I’d rather see Tom Frieden on the show than Anthony Fauci on this show because Fauci has become so politicized, so polarized, that every time he speaks, he actually turns off people.”

“We need more people, more experts like, like Tom Frieden, who are active and know the data and know-how to communicate it is personal responsibility, not some sort of national discussion,” the pollster added.

There isn’t a worse person at this moment than Anthony Fauci to convince skeptics to get the vaccine.

A large share of the people who haven’t gotten the shot yet simply don’t trust Fauci, and that’s no one’s fault but Fauci’s, writes @BecketAdams.

Luntz went on, “And the most important fact of all, if over 90% of doctors have been vaccinated, don’t they know something that you may not know? Because the problem is they’re trusting their cousin, rather than their doctor.”

Cooper said to Luntz, “So it’s interesting what you said about Dr. Fauci because he’s viewed you’re saying through a political lens by a large segment of the population who was vaccine-hesitant and refusing to take it because he’s been labeled that then they discount anything he has to say, or in fact, do the opposite.”

Washington Examiner opinion columnist Becket Adams wrote after Luntz’s interview, “When it comes to convincing the hesitant to get vaccinated against COVID-19, there is hardly a worse messenger than Dr. Anthony Fauci.”

While Republicans tend to distrust Fauci, the opposite is occurring among the left.

Social media is riddled with liberals and Democrats who have raised Fauci almost to the point of idol worship – with many posting images of their Fauci bobblehead dolls, or posters, or other tchotchkes.

A quick search on Twitter shows as many examples as one would care to see.

No, I keep it on my TV Stand weighted down by my Dr. Fauci bobblehead.

This is the psycho who has Gain of Function Fauci posters up in her home. https://t.co/ipL7mqETsE pic.twitter.com/PuUvdBnFAG

Loving these @NIHMedicalArts posters of Fauci in our building pic.twitter.com/bSq3bM3Fka