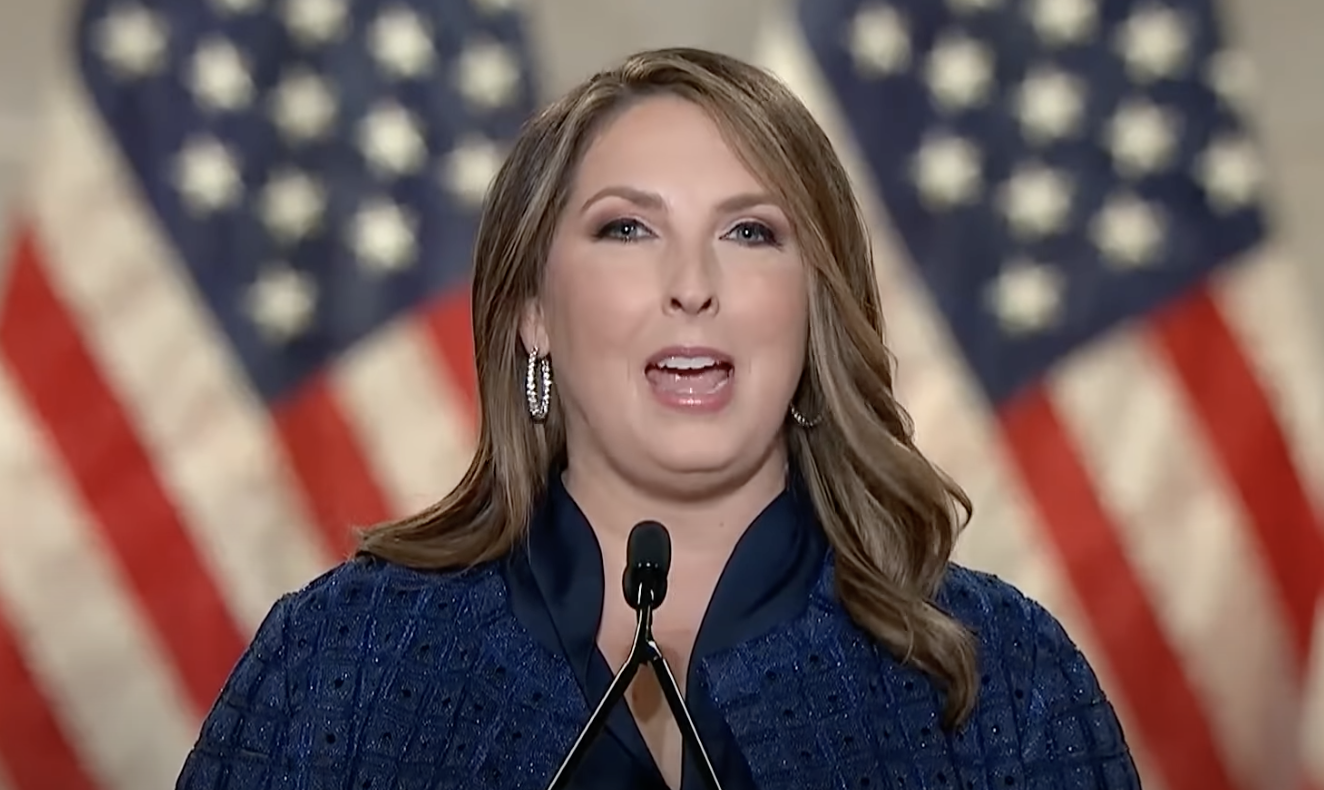 Failed president Joe Biden has but one decent and honorable option according to a growing number of Americans: resignation. RNC Chief Ronna McDaniel adds her voice to that multitude.

How many times did he blame Trump? Mr. Biden, YOU ARE THE COMMANDER IN CHIEF! STOP blaming Trump for your FAILURES! You’re a FAILED President and you need to RESIGN!

Their deaths are heartbreaking. They were also preventable. By haphazardly withdrawing from Afghanistan with no plan and no preparation, President Joe Biden put our troops in harm’s way. Thirteen American families have been devastated as a direct result of Joe Biden’s complete and embarrassing incompetence. There is no excuse for his failure.

This is not about whether or not to stay in Afghanistan. This is not about judging the success of our nation’s longest war in history. This is about the sacrifice that our brave service members and veterans have made over the course of two decades to protect us.

When Biden created a chaotic disaster in Afghanistan, he claimed that he simply wanted to get our troops home. There were 2,500 troops in Afghanistan before his withdrawal. He ended up sending in 7,000 more to clean up his mess. Among those troops were these thirteen heroes, who were the very best of us, and represented the true meaning of American service and sacrifice.

Throughout this crisis, the Biden administration’s pattern of failure and incompetence has been on full, horrifying display. Biden told America that it was “highly unlikely” that the Taliban would overrun Afghanistan. He told us that our withdrawal would be “secure and orderly” and that he “planned for every contingency” before leaving Afghanistan.

Secretary of State Antony Blinken told us that the Taliban taking over wouldn’t be something taking place “from a Friday to a Monday.” Biden told us that every American who wanted to leave Afghanistan would be evacuated. These were despicable lies. The Taliban did overrun Afghanistan. Our withdrawal was chaotic and deadly, not “orderly.”

The man who claimed to plan for every contingency left the Taliban billions of dollars of American military equipment — including Blackhawk helicopters. And hundreds of Americans remain trapped behind enemy lines.

The president left American citizens to die in a terrorist-controlled war zone. The scale of Biden’s failure is nearly incomprehensible. It’s been reported that this pathetic excuse for a commander-in-chief even gave the Taliban a list of Americans remaining in Afghanistan, similar to how he commissioned this radical terrorist group to provide security for American citizens.

Negotiating with terrorists and losing spectacularly — at the cost of American lives, and an entire nation’s future — is unacceptable…Our enemies around the globe are taking note. This president is incapable of living up to the gravity of this crisis.

Thirteen American heroes should not have died as a direct result of Joe Biden’s failed leadership. This tragedy is completely his doing. He has failed our troops, he has failed the Afghan people, and he has failed America. Biden’s Afghanistan crisis proved beyond a doubt that he is not up to the task of leading this nation. He should resign immediately.

This piece was written by David Kamioner on September 7, 2021. It originally appeared in LifeZette and is used by permission.

Read more at LifeZette:
Woke Pentagon Harming America
Joe Biden Is A National Security Threat
Report: Biden Admin Has Lost Track Of Nearly Half of Children At Our Southern Border