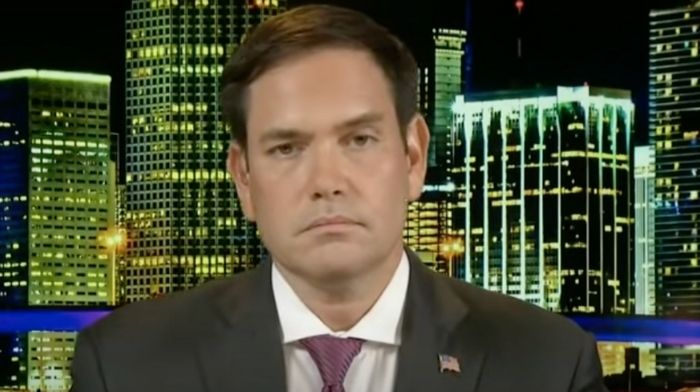 Sen. Marco Rubio (R-FL) went on Fox News on Tuesday night to blast President Joe Biden about how he’s handled the crisis in Afghanistan. He also issued a warning about the consequences that he feels will come about because of what Biden has done.

“Number one is, everything you just said right now, the failure of this administration to anticipate what they should have known — what the red lights were flashing the whole time, that the Taliban was moving faster than they were talking about,” he added. “The whole time, they were oblivious to it, it seemed.”

Related: Marjorie Taylor Greene And Lindsey Graham Call For Biden To Be Impeached Over Afghanistan

“And then the botching of this evacuation, of this entire process,” Rubio continued. “This is the way the process should have worked, OK? The way — what Joe Biden should have said is, we have these people and we have this equipment and we’re going to get it out of Afghanistan, and we’ll leave once we have all that stuff.”

Earlier in the day on Tuesday, former President Donald Trump issued a statement slamming Biden for his handling of the disaster in Afghanistan.

“Biden surrendered Afghanistan to terrorists and left thousands of Americans for dead by pulling out the Military before our citizens,” Trump said in a statement. “Now we are learning that out of the 26,000 people who have been evacuated, only 4,000 are Americans.”

“You can be sure the Taliban, who are now in complete control, didn’t allow the best and the brightest to board these evacuation flights,” he added.

“Instead, we can only imagine how many thousands of terrorists have been airlifted out of Afghanistan and into neighborhoods around the world,” he concluded. “What a terrible failure. NO VETTING. How many terrorists will Joe Biden bring to America? We don’t know.”

“Biden surrendered Afghanistan to terrorists and left thousands of Americans for dead by pulling out the Military before our citizens. Now we are learning that out of the 26,000 people who have been evacuated, only 4,000 are Americans… pic.twitter.com/jaEYNViukb