Sarah Palin For Senate? She Says ‘If God Wants Me To’ She’ll Challenge Murkowski For Alaska Senate Seat 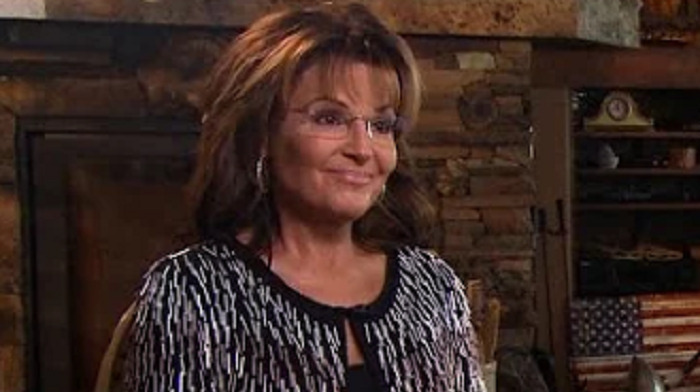 One-time Vice Presidential candidate Sarah Palin told a conservative Christian group that she’d consider running for a Senate seat in Alaska “if God wants me to.”

Palin, the former Governor of Alaska, made the comments in an appearance at the Leading with Conviction Conference in Pasadena, California, last month.

The conservative politician expressed interest in taking on Senator Lisa Murkowski, a Republican who voted to convict former President Donald Trump during his second impeachment trial.

“If God wants me to do it I will,” Palin said after New Apostolic Reformation leader Ché Ahn asked her if she was planning on running for the Senate seat.

Sarah Palin hints that she will run for Senate in Alaska in 2022 https://t.co/QXhcJUe4E8

Sarah Palin warned the audience that conservatives and Republicans would need to have her back if she ran for Murkowski’s Senate seat.

“What I would do if I were to announce is say you know what, you guys better be there for me this time because a lot of people weren’t there for me last time and that’s why characterization-wise, I got clobbered,” she continued.

Palin went on to accuse former President Barack Obama and his administration of sending in “flying monkeys” to destroy her career.

The former governor said she was inundated with ethics probes, FOIA requests, and media criticism that she simply couldn’t continue battling while effectively running the state.

The harassment, she suggested, ultimately led her to resign. Still, she refused to concede that she had quit.

“Every e-mail, every conversation was scrutinized,” said Palin. “So, there’s a difference between quitting and saying enough is enough.”

Sarah Palin if she will run against Murkowski. “If God wants me to do it, I will. You guys better be there for me this time. Because a lot of people weren’t there for me last time, and that’s why, characterization-wise (wtf), I got clobbered.” Then they pray. From @RightWingWatch pic.twitter.com/Qf0c8hc5YY

RELATED: Sarah Palin Calls McCain Out For Lying About Choosing Her As Vice President in 2008

Sarah Palin isn’t the only conservative who would replace Murkowski.

Kelly Tshibaka released an ad a little over a month ago portraying herself as an outsider looking to upset the establishment. The ad featured some very Trump-like themes.

She has also reportedly hired several advisers with ties to the former President to help her campaign to defeat Murkowski.

Palin spoke of Tshibaka and had some reservations about the name recognition factor when it comes to defeating the incumbent.

“Kind of the scary thing about it is I’ve been in politics seems like all my life in Alaska and I never heard of her so that kind of made me hesitant,” Palin worried.

The former running mate of John McCain, for better or worse, certainly has the name recognition to generate interest in a Senate campaign.

This is the day that Donald Trump became President. pic.twitter.com/iWFlLmHxaS

Trump and Palin have shared conservative values but also a shared disdain for both Murkowski and the late Senator McCain.

Trump has already endorsed Tshibaka, though it has more to do with Murkowski’s failure to advance the Republican agenda and do what is right for Alaska than anything else.

“Lisa Murkowski is bad for Alaska,” he said in a statement. “Murkowski has got to go!”

Would he possibly shift his endorsement should Palin jump into the race?

She more recently had a role in voting to confirm appointees for President Biden who have aided the revocation of ANWR drilling permits, a potentially devastating move for Alaska’s economy.