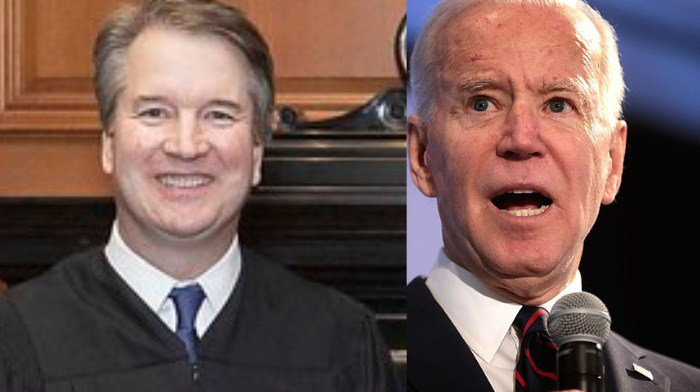 The Biden administration’s CDC had claimed the authority to postpone evictions as part of the ongoing pandemic. The Supreme Court had other ideas, saying that the effort lacked any legal basis.

Court:
“If a federally imposed eviction moratorium is to continue, Congress must specifically authorize it.”

RELATED: Ashli Babbitt’s Husband Rips Capitol Police Officer Who Shot Her After He Complains About Death Threats: ‘Suck It Up’

A Win For Landlords

The eviction moratorium currently in place began in early August and was set to expire in early October.

Just days after issuing the moratorium, the Alabama and Georgia Association of Realtors filed a legal challenge to the ban. Their central argument was that the CDC did not have the authority to impose such a ban.

A statement from the White House said that the Biden administration had expressed “disappointment” at the court’s ruling, and also read in part, “.. As a result of this ruling, families will face the painful impact of evictions, and communities across the country will face greater risk of exposure to COVID-19.”

Joe Biden’s unconstitutional eviction moratorium extension was struck down tonight by the Supreme Court 6-3. Is this the worst first eight months for any American president ever? I think it may well be.

“It would be one thing if Congress had specifically authorized the action that the CDC has taken. But that has not happened, “Instead, the CDC has imposed a nationwide moratorium on evictions in reliance on a decades-old statute that authorizes it to implement measures like fumigation and pest extermination. It strains credulity to believe that this statute grants the CDC the sweeping authority that it asserts.”

Justice Stephen Breyer, writing for the dissent, argued that public interest favored leaving it in place, and “is not favored by the spread of disease or a court’s second-guessing of the CDC’s judgement.”

Breyer added in the dissenting opinion, “These questions call for considered decision-making, informed by full briefing and argument. Their answers impact the health of millions. We should not set aside the CDC’s eviction moratorium in this summary proceeding.”

RELATED: Psaki Responds To Calls For Biden’s Resignation : ‘Not A Day For Politics’

The first eviction moratorium was passed in March of 2020 under President Trump as part of the first COVID stimulus bill or CARES act.

After its expiration, at the direction of Trump, the CDC issued a ban that ran until July of 2021. The group of landlords filed suit, and while the Supreme Court said it had concerns about the ban, would not block it because it was about to run out.

In June, Justices John Roberts and Brett Kavanaugh sided with liberal justices and stated that, while they did believe the CDC had exceed their authority, the ban was scheduled to expire in a few weeks and would be allowed to expire.

The Supreme Court added that only Congress can implement a nationwide eviction moratorium.

Amid pressure from his fellow Democrats, President Joe Biden directed the CDC to issue a new moratorium earlier this month. He argued that the new ban was different because it applied only to counties with high rates of COVID transmission.

Rep. Cori Bush (D-MO), who recently camped out in front of the Capitol to protest the expiration of the moratorium vows that the fight will continue. “If they think this partisan ruling is going to stop us from fighting to keep people housed, they’re wrong. Congress needs to act immediately. For every unhoused or soon to be unhoused person in our districts.”

It’s a simple choice: Uphold the moratorium or put the lives and livelihoods of millions at risk.

The American people are counting on SCOTUS to make the right decision.