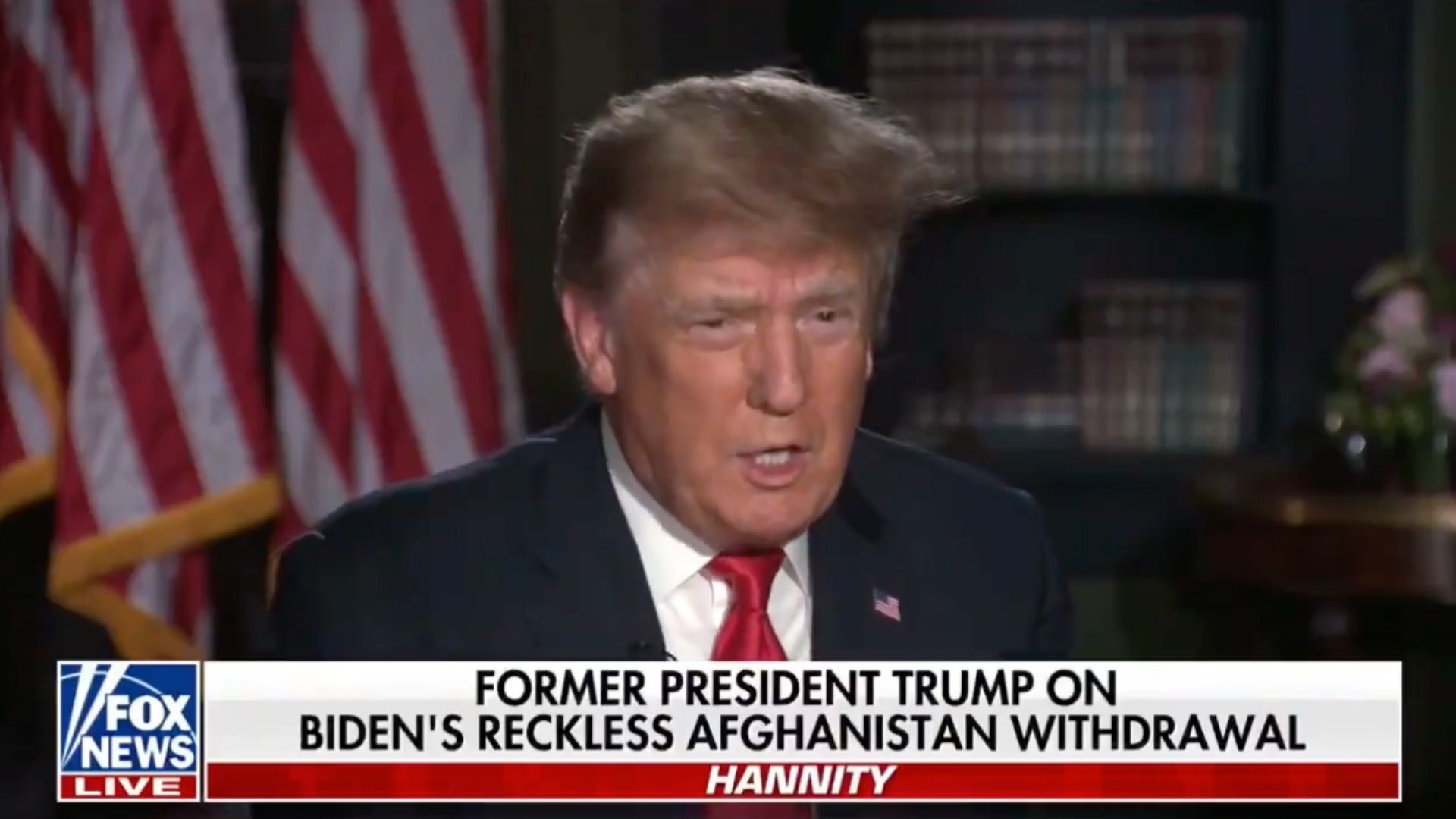 On Tuesday, former President Donald Trump ripped in to President Joe Biden’s poor exit strategy in withdrawing from Afghanistan humiliated the country and turned out worse than the Iran hostage crisis under former President Jimmy Carter.

Biden wasn’t Trump’s only target. He also took former President George W. Bush to task, calling the wars in the Middle East the worst decision in the history of our country.

Trump made his comments on Fox News Channel’s “Hannity.”

Former President Donald Trump weighs in on the situation in Afghanistan: “It’s a terrible time for our country. I don’t think in all of the years our country has ever been so humiliated.” pic.twitter.com/1L5sqpYV8t

Trump: ‘I Don’t Think In All Of The Years Our Country Has Ever Been So Humiliated’

Trump told Hannity, “I don’t think in all of the years our country has ever been so humiliated. I don’t know what you call it, a military defeat or a psychological defeat. There’s never been anything like what’s happened here.”

“You can go back to Jimmy Carter with the hostages,” Trump said. “We all thought that was a great embarrassment, and we were pulled out of that by Ronald Reagan. This is many, many times worse.”

Trump then addressed the dire situation in Afghanistan.

“You are dealing with thousands and thousands of Americans and others that are stranded and very dangerously really stranded in Afghanistan,” Trump said. “So it’s something that you can’t even believe, a thing like this.”

The former president added, “I looked at that big monster cargo plane yesterday with people grabbing the side and trying to get flown out of Afghanistan because of their incredible fear, and they’re blowing off of the plane from 2,000 feet up in the air, nobody has ever seen anything like that.”

“That blows the helicopters in Vietnam away,” Trump said. “That is not even a contest. It has been the most humiliating period of time that I’ve ever seen.”

Trump didn’t place on the blame on Biden, however. He repeated his long-held argument that going to war in Iraq and Afghanistan is the greatest strategic blunder in the history of our country.

“It’s turned out to be quicksand. We’ve destroyed the Middle East. Do you think it’s better now than it was 20, 21 years ago? It’s much worse. It was a horrible decision, cost us trillions of dollars.”

Unusual for an American politician, Trump also noted how many foreign lives were lost due to the wars.