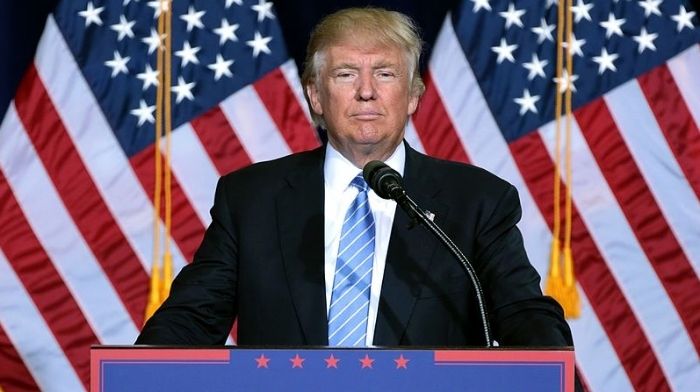 On Thursday, former President Donald Trump released a statement addressing the tragic loss loss of at least 13 U.S. service members in the suicide bombing at the airport in Kabul, Afghanistan.

The attack, which was claimed by ISIS, was coordinated and involved bombings at two separate locations.

“Melania and I send our deepest condolences to the families of our brilliant and brave Service Members whose duty to the U.S.A. meant so much to them. Our thoughts are also with the families of the innocent civilians who died today in the savage Kabul attack,” Trump said in a statement.

“This tragedy should never have been allowed to happen, which makes our grief even deeper and more difficult to understand,” the former president added.

Trump: ‘This Tragedy Should Never Have Been Allowed To Happen’

The Political Insider reported on Thursday that “Two suicide bombers and multiple gunmen near the airport in Kabul killed over a dozen people, including ten U.S. Marines and soldiers, and injured dozens according to preliminary reports, just hours after Americans were warned to stay away and western countries were struggling to get people safely out of the country.”

Since that time, the number of Americans killed has risen to 13.

A reported 60 Afghans were also killed in the attacks.

Marine General Frank McKenzie, the current CENTCOM commander, said, “We’re still working to calculate the total losses. We just don’t know what that is right now. Their loss weighs heavily on us all.”

BREAKING: Former President Trump has issued a statement on the attacks in Kabul before Joe Biden. pic.twitter.com/ox2EzQ4RDL

According to the latest reports, McKenzie said U.S. commanders were watching for more attacks by Islamic State, including possibly rockets or car bombs targeting the airport.

Reuters reports that ISIS revealed they deliberately targeted Afghans who had worked with the United States, like translators.