US Sends $64 Million In Aid To Afghanistan As Democrats Consider $2.9 Trillion In Tax Increases 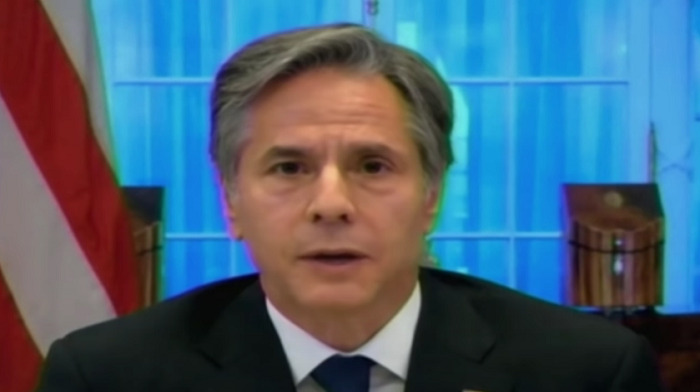 On Monday, the Biden administration announced $64 million in humanitarian aid to Taliban-controlled Afghanistan even as Democrats consider as much as $2.9 trillion in tax increases on Americans.

The humanitarian aid package, according to the U.S. Agency for International Development (USAID), will bring the total donation from the U.S. to $330 million for the year.

As part of the announcement, Secretary of State Antony Blinken vowed to make sure the Taliban – who now controls Afghanistan – does not interfere in aid being distributed to the proper channels.

Most notably, he urged them not to interfere in providing aid for women and girls after the United Nations reported that basic supplies and food were beginning to grow thin.

“We will continue to press for the Taliban to respect the rights and freedoms of women and girls, and are committed to preserving the gains Afghans, especially women, have made in the past 20 years,” said Blinken.

The Biden admin will cut a check for $64 million in “humanitarian aid” to Afghanistan – Sorry terrorists. The terrorist who are beating women in the streets. pic.twitter.com/pO5fOdd1fH

Tax Increases On Americans, Humanitarian Aid To The Taliban

While the Biden administration is sending millions in humanitarian aid to Afghanistan, Democrats at home are proposing tax increases on the American people.

“House Democrats will consider as much as $2.9 trillion in tax hikes for the next 10 years,” Axios reports, “as they scramble for ways to pay for President Biden’s $3.5 trillion infrastructure and social spending plan.”

A draft proposal from the Ways and Means Committee, as reported by the Washington Post, shows most tax increase proposals will be aimed at the wealthy and corporate America.

The Republican National Committee (RNC) released a statement Monday saying this would be the biggest tax increase America has seen in decades.

“Joe Biden and the Democrats have shown just how out-of-touch they are with Americans – their trillions in new taxes would be the largest tax increase in decades,” said RNC spokeswoman Emma Vaughn.

“Democrat policies have made workers’ paychecks worth less and families are paying more for everything from gas to groceries,” she added. “Americans can’t afford Biden’s higher taxes and socialist wish list.”

Democrats on the House Ways and Means Committee are trying to wrap up their proposal for $2.9 trillion in tax hikes, which would mean the largest tax increase in decades, in order to help pay for higher spending in their ‘reconciliation’ package. https://t.co/PHHmj6mJUT

In addition to income tax hikes, the inflation tax has been pounding Americans.

RELATED: End-of-Year Spending Spree Wastes Up To $100 Billion Each Year

Secretary of State Antony Blinken meanwhile, was the target of some harsh criticism during a hearing in front of the House Foreign Affairs Committee Monday.

Representative Brian Mast (R-FL) slammed the administration’s handling of the troop withdrawal from Afghanistan which resulted in a terrorist attack that killed 13 service members and an untold number of Americans and Afghan allies being left behind in the Taliban-controlled country.

Brian Mast: “I do not believe a word you’re saying… I do not wish to hear your lies… I don’t want to hear the secretary. We don’t need to hear lies.” Time expires. Nevertheless Blinken answers a question he was not asked. Does not mention the 13 heroes.

“I don’t want to hear from the secretary,” Mast said as his time to question the Secretary was winding down. “He lies to us when he appears before us.”

“I don’t want to hear the secretary,” he said again. “We don’t need to hear lies.”

Blinken has testified that as of last week there were still 100 Americans that they knew of stuck in Afghanistan.

Mast proceeded to show Blinken pictures of the 13 U.S. service members killed in the recent Kabul suicide bombing while reading their names, ages, and quotes from their families.

13 American heroes are dead because of the arrogance, incompetence and ineptitude of this Administration. Secretary Blinken must be held accountable. pic.twitter.com/EHSdBep6Ql

The Wall Street Journal is reporting that humanitarian aid being sent to Afghanistan will hopefully get to its intended targets because Taliban authorities provided “written assurance” that they would let aid workers operate freely within the country.

DeSantis: If Biden Spent Less Time Worrying About Florida, American Troops Might Not Have Died in Afghanistan